I always have a range of games in the making at any given time, and I thought it was about time to summarize what’s coming up in the late half 2018. I’ve been hard at work these past few months on several new releases and am excited to share a few with you that are close to being published. These are games that are nearly ready and will be released as they are completed, hopefully all by the end of 2018. Are you as excited as I am for any of them? 😀 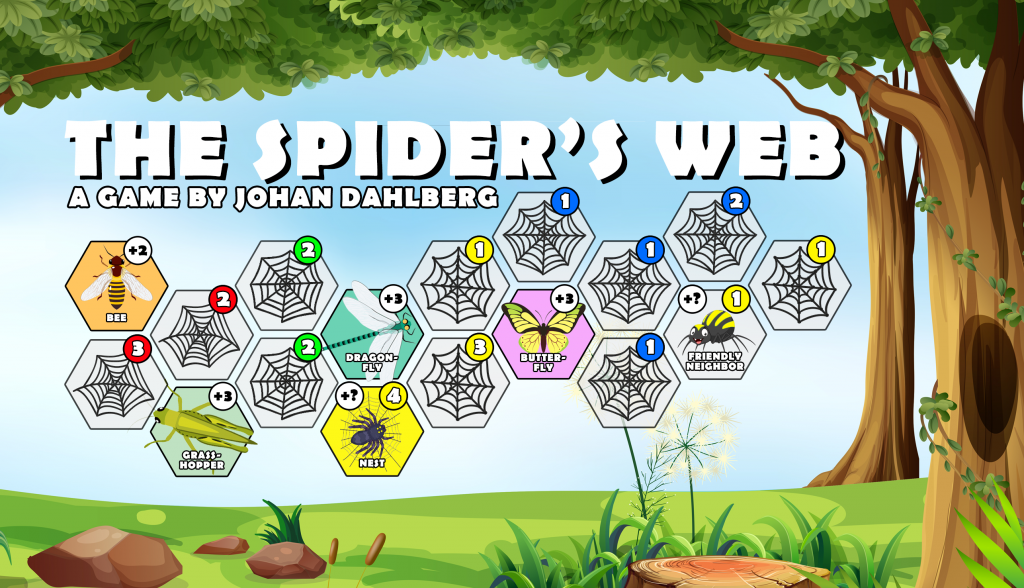 In this tile-laying game 2-4 players take turns expanding an ever-increasing collective web using hexagon tiles. Prey will get caught in the web and the goal is to surround the prey with web tiles of your own color to score the point value of the prey tile. 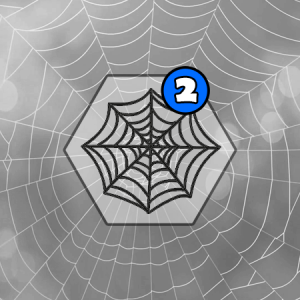 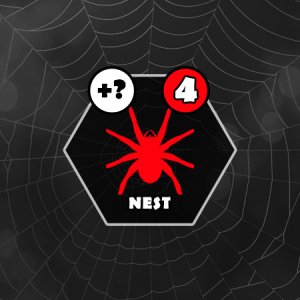 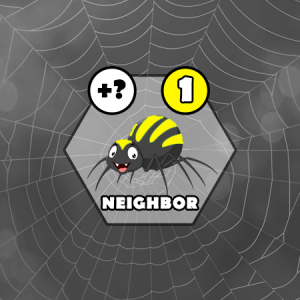 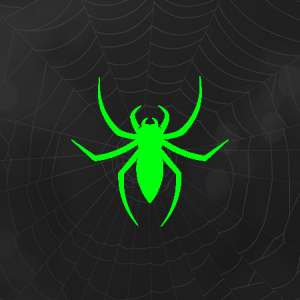 The Spider’s Web is a quick strategy game suitable for the whole family. 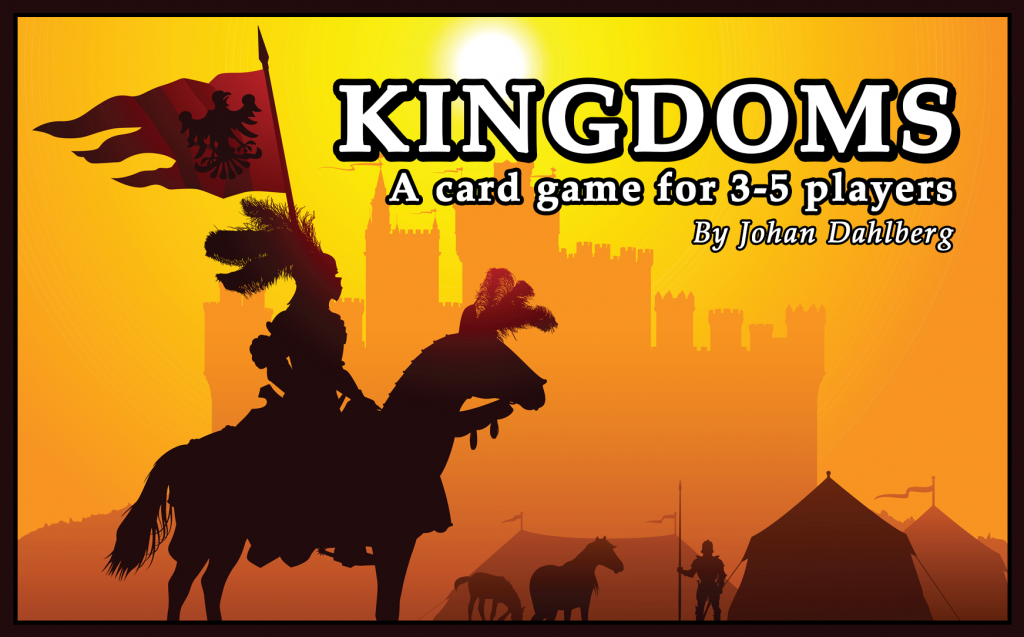 Dragons, Pixies, Seafarers and Animals populate the world in Kingdoms. Based on the classic card game Sevens the aim is to get rid of the cards in your hand by playing them in descending (7-1) and ascending (8-13) order of the corresponding Kingdom (suit). The game incorporates and economy (coins) and the goal is to be the player with the most coins by the end of the game.

Each card has an ability when played including paying or collecting coins, collecting all taxes paid to the corresponding Kingdom, playing additional cards, and more.

Play the Princess (number 12) to draw a Prosperity Card. Prosperity Cards have unique abilities that can be activated at any time, for example to force a player to play a specific card or borrowing coins from the bank.

Kingdoms goes hand-in-hand with The Spider’s Web as a casual family game but has a more luck-based feel which makes it more accessible to many players. A game can take anywhere between 15 and 90 minutes to play.

Bids can consist of 1-7 cards from the players’ hands and are placed simultaneously in piles face down. The cards are then revealed one at a time around the table and hilarious situations frequently arise as Effect Cards begin to to interact with one another in unexpected ways.

Other works in progress:

The following titles may or may not be released at some point in the future, but are currently further from being ready to publish: