In light of the @Strackspel.se Instagram account having grown from 20 to 350 followers in just two weeks, and the tons of photos of I’ve posted on there and on the Facebook page of yet unpublished games, I thought it was time for a proper summary. What games am I making and when will they be released?

First off, let me clarify straight away that all games published by Sträckspelsfabriken are print-on-demand via American manufacturer TheGameCrafter.com. Creating card games is my hobby and I do not have boxes full of games in my home. If you live in the US – congratulations! You have easy access to my games and cheap shipping 😀

Right, let’s get to it. So I’ve posted *a lot* about all my game projects and people are confused about what exactly I’m making and when it will be available. I’m currently working on two titles: “Highest Bidder: Art Auction” and “Triangles”.

Triangles is more like playing cards with which you can play any number of games. I’m making a series of three themed decks with printed rules for two games in each.

You can purchase the original Highest Bidder here. Since its release last summer I have received a lot of feedback and a few reviews. They’ve all said pretty much the same thing: great game, mediocre design. Fairway Games of The Indie Game Report said:

“Highest Bidder is conceptually an intriguing game. […] The lack of any sense of purpose, engaging art, or real theme or story holds the game back.”

So I reached out to Swedish artist Pernilla Lindgren. Her work is amazing! If the secret bidding mechanism of Highest Bidder is the foundation on which the game stands, Pernillas artwork is what’s keeping the walls together. The entire theme of the new game revolves around her and her artwork.

The game mechanics remain the same as I’m confident I’ve hit something really good here: you place bids in secret by deciding which of the cards in your hand to spend and, equally important, which order you lay them down in. Effect Cards make this quite a strategic game as they interact with each other. Like Everything Board Games put it:

“Although you get cheated at times [because other players outbid you], it feels like it’s your own fault because that’s the order you placed your cards in.”

The unexpected situations that arise can be hilarious, and I’ve made sure to keep that an important part of the new version as well, even with the introduction of some bonus cards.

So what, more specifically, is new in the Art Auction edition? Here’s a list:

When will it be released? Probably sometime in March or April 2017. I currently have the test print in my hand and am thrilled about it! I will make a few tweaks and get the final approval from the artist before releasing it on The Game Crafter. For now, here are some photos: The second title I’m working on is Triangles. This one is a bit more confusing to explain: it’s three separate decks and four games – with potential for more added to the series in the future!

Each deck contains 90 cards: 81 cards representing 1/3 a piece of a triangle, and 9 whole triangles that function as jokers. Each card comes in one of three colors and one of three “cuts”: horizontal, vertical and centered. The cuts can be compared to the suits of traditional playing cards (hearts, spades, etc.).

And finally, the triangle pieces are numbered 1-3. The numbers 1, 2 and 3 of the same cut make a complete triangle: 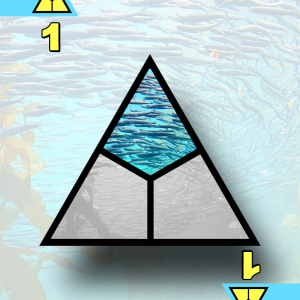 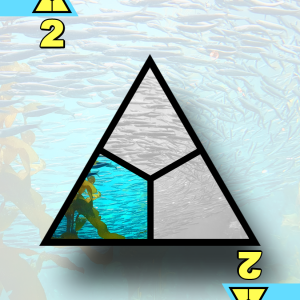 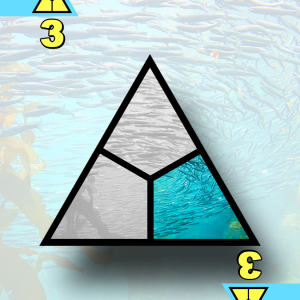 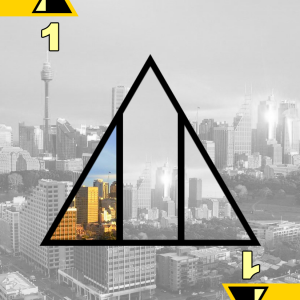 Triangles will initially be released in a series of three decks, each with it’s own distinct theme and colors: 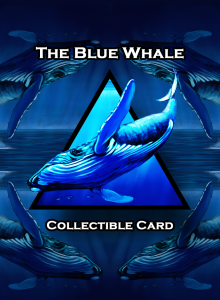 Each deck comes with printed rules for a base game included in all decks and a bonus game unique to that particular deck, however any Triangles game can be played with any of the decks — the themes are for visual purpose only.
To further set the decks apart they all include at least one unique collectible card, related to the theme of that deck. For example, the Oceans edition includes “The Blue Whale” with trivia about the world’s largest animal on the back of the card.

When will it be released? Actually, Triangles has already been sneak-released: you can purchase Triangles: Original here! The Game Crafter’s “Trick Taking Challenge” is what inspired Triangles and the deadline is a week from the time of writing. However I have not made a big deal of the release as the other two decks are not yet complete and I want to announce them all at once.

Oceans is as good as done with the exception of the rule book. Beetles is awaiting the approval of the artist and is missing the design of the box. Expected release for all three decks: April 2017.

If Highest Bidder is for game nights where you might normally pull out a board game, Triangles is for situations where you might play a traditional card game. I’m incredibly proud of both concepts and can’t wait to make them available to the world! The collaborations with artists Pernilla Lindgren and Dominic Vonbern are particularly exciting as I get a chance to make my games truly shine. After all, the artwork is half the concept!

Even after these games have been officially published on The Game Crafter there’s a lot of work to be done. For example:

If you’ve read this far I take it you’re at least slightly interested in what I do. If so, thank you! Thank you for paying attention, and double thank you if you actually end up buying a copy of one of my games! Remember, you can already get the original Highest Bidder and the first Triangles deck!